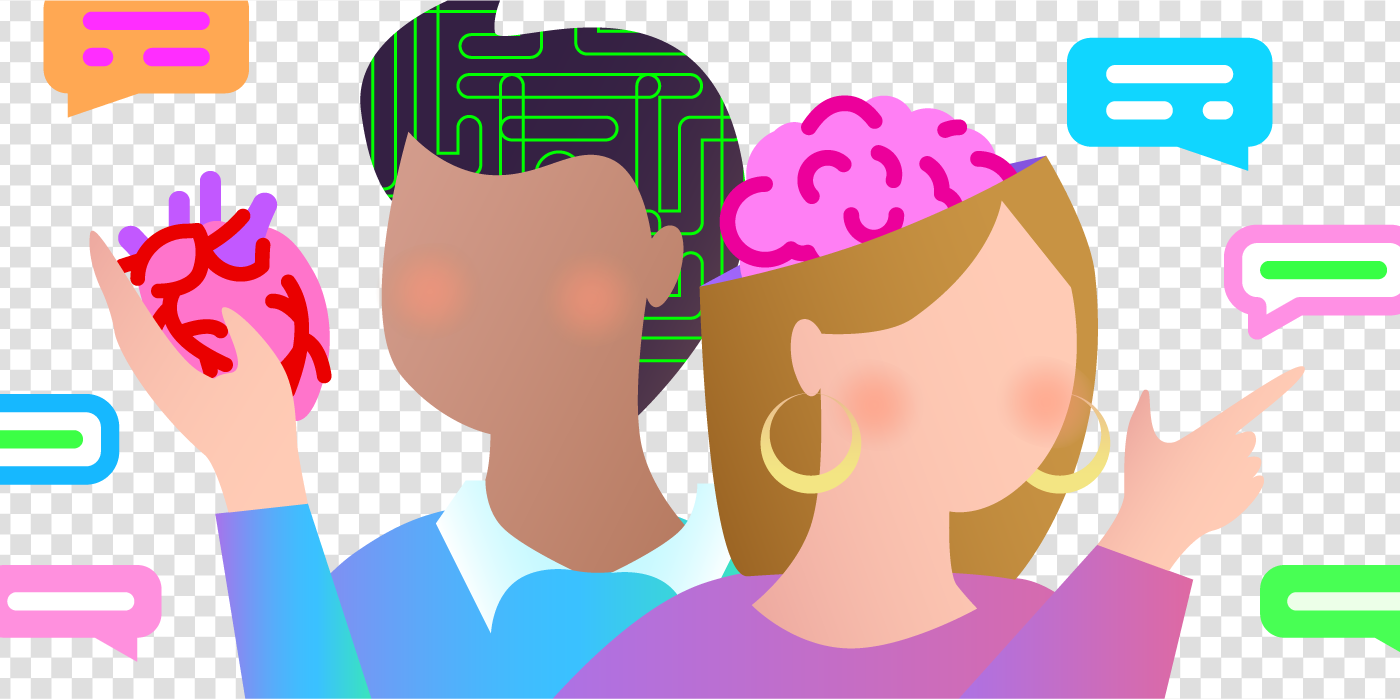 What motivates us? Is our level of motivation determined by genes, or does it develop with age and experience? The research field of motivation is very broad and many specialists have various theories. Understanding the existing theories of motivation and testing them in real life can lead us to these answers. As a result, we can increase the effectiveness of everything we do, including work productivity.

Everyone has a variety of needs — from primary, tangible, related to survival – to complex, emotional, related to well-being. Motivation, which expresses the level of willingness of a given person to perform a given activity, allows them to be fulfilled.

Numerous theories of motivation help us understand what drives us in life and work when choosing our goals. They teach how to influence ours or others’ actions. So, they have become especially popular in the fields of management and psychology. The common assumption of motivation theories is that adequately motivated people become more productive and achieve better results in life and work.

There are numerous theories of motivation there. We decided to describe 12 of them for you. The below list includes both types of theories: content (1–8) and process (9–12).

Abraham Maslow is known for his hierarchy of needs, one of the most classical theories of motivation. He described it in 1943 as based on human’s psychological and physical needs in order of importance.

Maslow’s theory can be helpful in understanding your own needs and how they influence your productivity and motivation for work. You can use it to analyze whether your needs are fulfilled in the proposed order. For example, it can be challenging to find motivation to perform complicated tasks that fall under esteem or self-actualization needs if the social needs aren’t fulfilled first.

Alderfer recognized that when a specific category of needs is not met, people will redouble their efforts to meet the needs of a lower class. For example, if someone’s self-esteem is suffering, they will invest more effort in terms of kinship needs.

Frederick Herzberg, in the 1950s, described the influence of attitude on motivation. He conducted a study asking people to tell if they felt good or poorly at their job. He found that people who felt good at work behaved quite differently from people who felt poorly.

This study formed the basis for the theory of motivation and hygiene, which is known as Herzberg’s Theory of Two Factors. The theory specifies two kinds of factors influencing job satisfaction or dissatisfaction – hygiene factors and motivating factors.

The factor that distinguishes Herzberg’s theory from others is the role of people’s expectations of work. According to Herzberg, internal and external motivators have the opposite relationship:

A reinforcing theory of motivation was proposed in 1957 by B.F. Skinner. This theory suggests that people behave in a certain way that they believe will result in a reward, and they avoid actions that may result in punishment.

Skinner thought you could change someone’s behavior by reinforcing, punishing, and extinguishing. Reinforcement is defined as a factor that increases the strength of the reaction and causes it to repeat the behavior that preceded the reinforcement. According to this theory, there are 4 strategies for influencing someone’s behavior:

In his theory of motivation, developed in the 1960s, David McClelland says that a person’s particular need will significantly impact their behavior. According to his theory, every person has 3 basic needs:

Douglas McGregor, in 1960 proposed two opposing motivational methods and called them Theories X and Y. Each of them assumes that management’s goal is to organize resources (which include people), so that they bring optimal benefits to a company. This assumption is common to both theories, but the details differ.

The theory X says that the primary source of employee motivation is money, dictated by the need for security.

Theory X assumes, that most people:

McGregor argues that motivation techniques are not effective if they are based on lower motivational needs. Why? Because in modern society, these needs are mostly met and therefore – no longer motivating. In this situation, we can expect that people will not like their work, avoid responsibility and resist change. According to McGregor, a constant flow of motivation will be more efficient under the direction of Theory Y.

For most people, the constant needs that are never fully met are higher-level needs such as respect and self-actualization. Therefore, they are the ones that can best motivate employees.

Theory Y assumes that for some people:

McGregor noted that some people might not reach the maturity level assumed by Theory Y. So, those people will need tighter control initially. Then, it can be gradually loosen as they will grow.

Only after this process of controlling it is possible to implement management techniques to improve an employee’s motivation. Such techniques include: lifting controls, delegating, extending the scope of work, consultations, including in the decision-making process, and self-assessment. Properly implemented, they can increase commitment and responsibility and constantly fuel motivation.

Clark Hull tried to create a theory to explain all behaviors. In 1943, he developed an approach known as the Drive Reduction Theory. Hull based his theory on the concept of homeostasis – the idea that the body actively works to maintain a certain state of balance or equilibrium. Hull believed that behavior was one of the ways that an organism maintains this balance.

How does it work? When basic needs are unfulfilled, it creates an unpleasant state that motivates the organism to meet them. To reduce undesirable impulses, people repeat every behavior. The strength of the habit depends on whether an enhancement follows the sequence of the response to the stimulus, and the amount of the gain depends on the reduction of the impulse associated with biological need.

How does it affect your work? Since a tension cause by drives can lower productivity, the solution is to reduce them. ull’s theory assumes that satisfying all needs can increase work efficiency and thus – achieve more spectacular success.

This theory has existed since 1908 when psychologists R. Yerkes and J. Dillingham Dodson conducted experiments on mice. Their concept describes the relationship between stress and task performance.

The arousal theory assumes that:

The relationship between stress and performance

When a person performs a complex task, inadequate level of arousal affects the person more than if they were doing something simple.

In effect, increased level of stress can lead to both: better performance (helping you stay alert, focused, and attentive), as well as worse performance (caused by restlessness, nervousness, and an inability to concentrate).

Increased level of arousal will improve performance only if it will maintain on the optimal level characteristic for a given person.

Expectation theory suggests that people exhibit certain behaviors if they believe their actions can lead to the desired results. It claims that the motivation to perform certain activities depends on the expectation (Expectancy) that a specific outcome will occur after completing a task (Valence) and on the attractiveness of the reward for the individual (Instrumentality). Victor Vroom developed it in 1964, which emphasized effects, not needs.

Conclusions from the expectancy theory:

The theory of equity (also called the theory of equality or capital theory) was developed by J. Stacey Adams in 1963. It says that the level of reward we receive, compared to our sense of our own contribution, affects our motivation.

The theory bases on the assumption that individuals are motivated by honesty. Noticing inequality or injustice by an employee may lead to demotivation and bring about changes in behavior. Or, one may try to adjust inputs to restore balance.

Examples of equity theory in practice:

Adams’ theory says that individuals want an honest relationship between an input and a result (output). It means that they want the benefits (rewards) they get from their work to appear fair in relation to the inputs (contribution) that they provide. Likewise, they want the rewards that others receive for their work to be similar to the rewards they themselves would receive for the same contribution level.

The theory of attribution was proposed by Fritz Heider (1958). Then, Bernard Weiner and his associates developed its theoretical framework. It assumes that people are trying to figure out why they do what they do, why they interpret events that way and not differently, and how it relates to their thinking and behavior.

There is a strong relationship between self-concept and achievement. At the heart of attribution theory there are 3 areas in which we can assess a person’s behavior:

Weiner focused the theory on achievements (in terms of the causes of success and failure) and identified the most critical factors influencing them. These factors are: 1 – ability, 2 – effort, 3 – task difficulty, and 4 – luck.

What is more, he classified the attributions into 3 causal dimensions: 1 – locus of control, 2 – stability, and 3 – control in reference. Weiner’s theory has many applications in education, law, clinical psychology, and mental health.

Albert Bandura’s theory of self-efficacy bases on the principle that people are willing to engage in activities to the extent that they perceive themselves competent in those activities.

Self-efficacy is the belief in effectiveness in performing specific tasks. According to Bandura, people acquire their self-efficacy beliefs from 4 sources.

We hope these 12 theories of motivation we described will be inspiring for you in training your or your team’s motivation at work. Most of them are long-known and scientifically proven to effectively regain employees’ motivation. If you want to dig into this topic even more – read our article about neuroscience discoveries regarding the motivational process.

Mind maps are a great way to visualize many topics. And you can use software to create them. We describe 11 top mind mapping tools you should try.

Mind mapping is a concept developed in the 1970s to visualize thoughts and topics in an attractive and transparent form. Check out 10 mind maps examples! 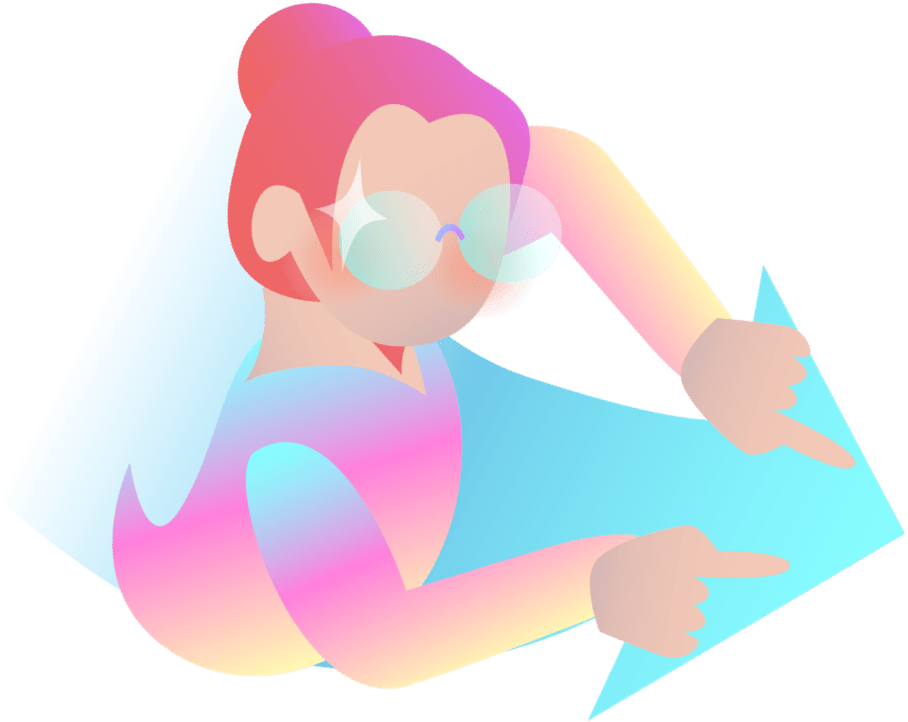 Download now and get up to 3 months for free

This website uses cookies to improve your experience while you navigate through the website. Out of these cookies, the cookies that are categorized as necessary are stored on your browser as they are essential for the working of basic functionalities of the website. We also use third-party cookies that help us analyze and understand how you use this website. These cookies will be stored in your browser only with your consent. You also have the option to opt-out of these cookies. But opting out of some of these cookies may have an effect on your browsing experience.
Necessary Always Enabled
Necessary cookies are absolutely essential for the website to function properly. This category only includes cookies that ensures basic functionalities and security features of the website. These cookies do not store any personal information.
Non-necessary
Any cookies that may not be particularly necessary for the website to function and is used specifically to collect user personal data via analytics, ads, other embedded contents are termed as non-necessary cookies. It is mandatory to procure user consent prior to running these cookies on your website.
SAVE & ACCEPT